It is now nearly a month since I have returned from Paris and my one big concern is losing all the skills that I have learned during my six weeks’ there.  My colleagues have certainly appreciated my attempts to keep up to date as I have made some Tartelettes à l’Orange and a Tarte aux Pommes and taken them into the office where they were demolished in an instant.

I was so happy that a colleague of mine was hosting an afternoon tea party and I willingly offered to make a Gâteau St Honoré to keep my skills up to scratch.  What it should have looked like is this: 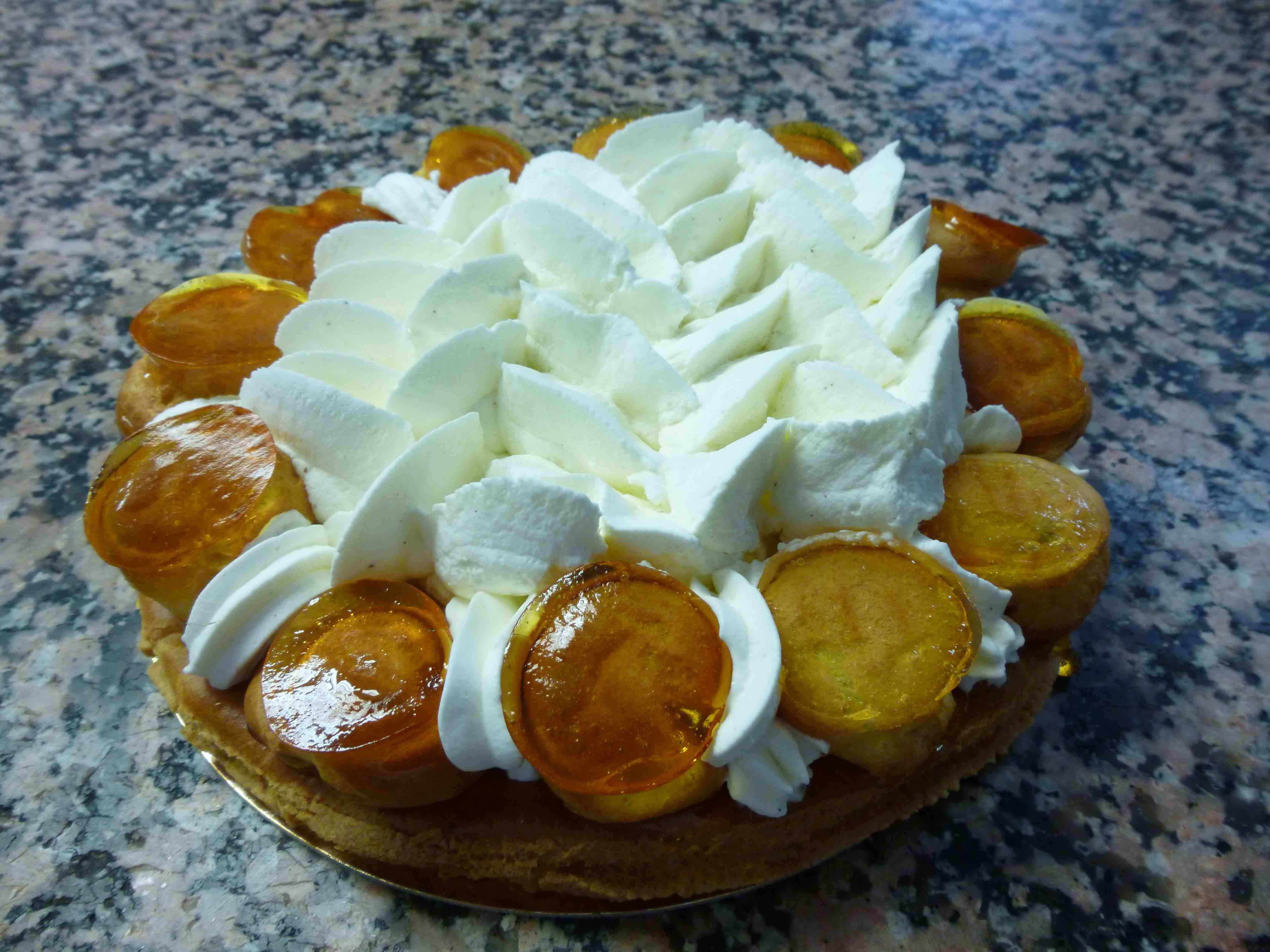 What my Gâteau St Honoré should have looked like!

I didn’t think too much of this when we made this in class, there was a little too much crème Chantilly for my taste and my friend Laurent mentioned that it should really have some crème pâtissière mixed in.  I checked out the recipe book that we were given in school and it turns out that the version in there has a crème chibouste which is the mixture of a crème patissière and Italian meringue – much more up my street.

A Gâteau St Honoré it was then, I thought I would get ahead by making the short pastry as well as the crème patissière the day before (so organised!) and I was up early on Sunday, nursing a tiny hangover,  rolling out pastry and making a choux.  I put these in the oven and this is where it all started to go wrong.

Anyone who has made a choux knows that during the cooking process these should puff up creating a hole in the middle that can be filled with anything you like – the perfect home for my chibouste.  Well of course, it would have been perfect, but mine turned out to not puff up at all but just remained as dense as they were when they went in the oven.  I thought it was a bit odd that there was no milk in this recipe and knew I should have kept to the version that I used in class!

I said I would make something and there was no way I was turning up empty-handed, so I decided to have a look through my file to see what I could use my crème patissière for.  The solution?  Paris Brest.  We didn’t make this at school but we did see it demonstrated by the chef, again it is made from choux pastry and filled with a mousseline.  The mousseline is made from taking crème patissière and mixing it with praline before adding a heck of a lot of butter.  I remembered that one of my classmates had kindly given me a pot of praline as a gift, so I was good to go.

Here’s how it turned out, the photos aren’t great, I just managed to grab a few on the way out of the door. 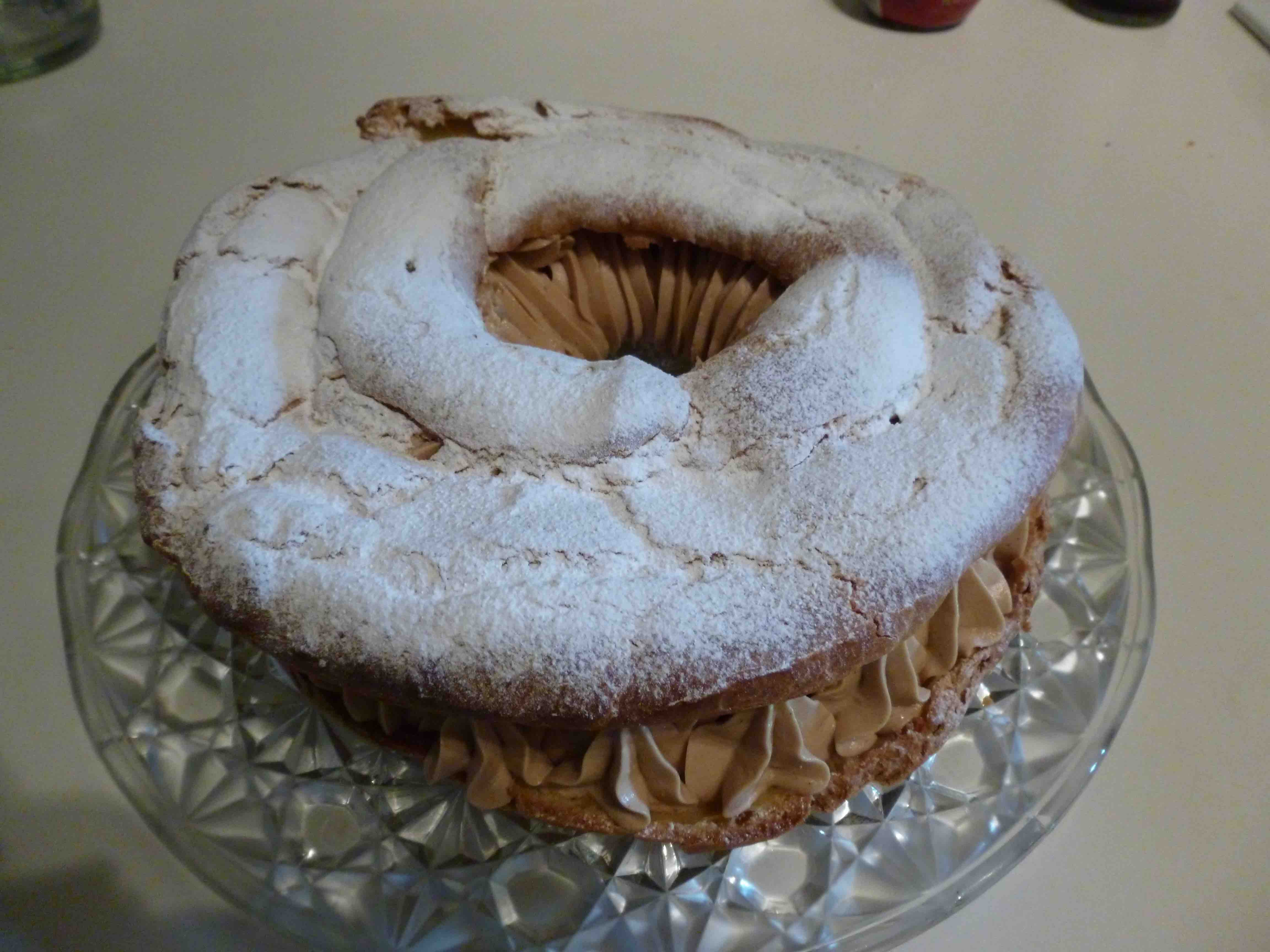 Just missing some sliced almonds for the top but it’s not the sort of thing stocked by my local Londis! 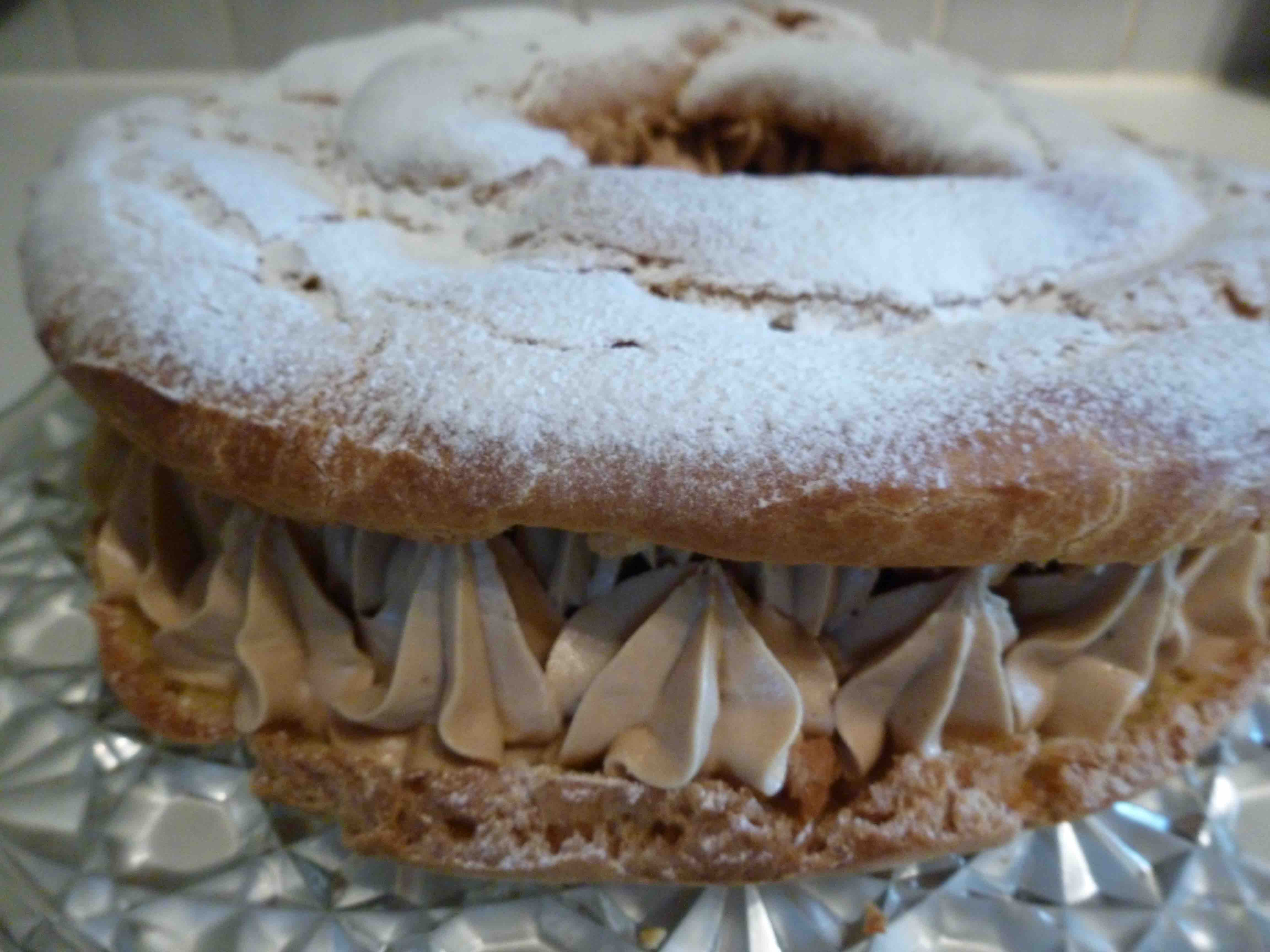 Sideways view – not technically how one should pipe the cream but my inner circle was a bit too small for the outer one! 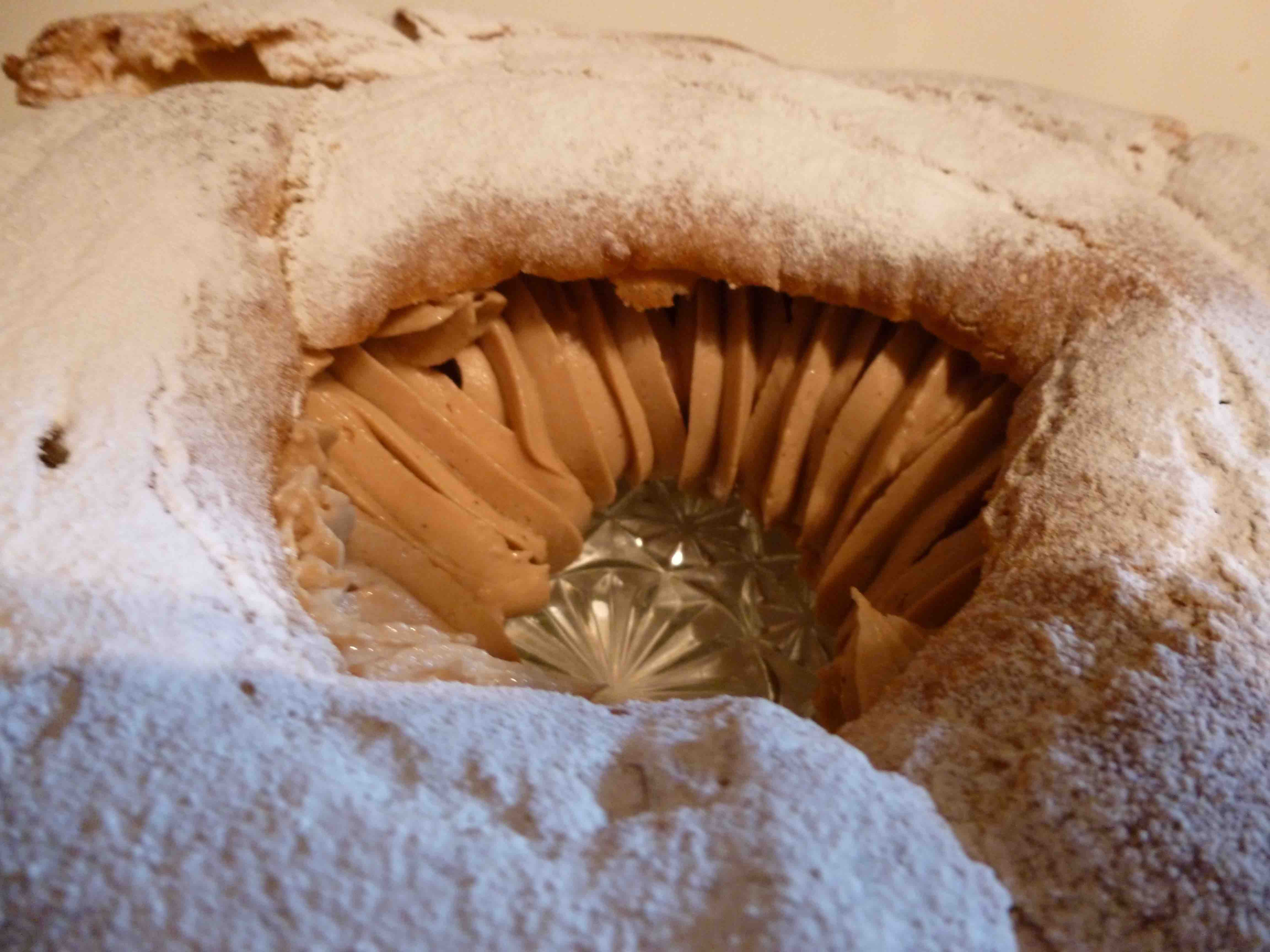 I’m heading up North this weekend so wondering what delights I could take with me, these will have to be more robust and travel well – could be making those tartelettes again!

Born in Manchester more years ago than I care to remember and now living not far from that there London. By day I work in HR, by night I am Masterchef. From mid-June, I will be travelling to Paris where I will spend 6 weeks' learning all the basics of French pâtisserie, I'm preparing to take on some pounds!
View all posts by jane →
2 Comments
POSTED IN: Cake, Pâtisserie

2 Responses to From adversity comes success