An amazing find at the car boot sale!

I was wondering how I would be able to continue to fill my blog with interesting posts now I have returned from Paris, but fret not, I must tell you about my lucky find at the car boot sale.  For my overseas readers who may not be familiar with this concept, a car boot sale happens when random people pile all their excess possessions into the back of their car and stand in a field with hundreds of other people who also want to rid themselves of a load of stuff that, at some point, they really wanted.  Once they are in the field, they load all this stuff onto a table and try and sell them to hundreds of passers by, with varying degrees of success.

Now, I’m not really an avid ‘car-booter’, I think they are great for people who have small children, as most of the stalls seem to be harassed parents getting rid of kids’ clothes, toys and other kiddy accoutrements.  You seem to be able to clothe them for a year for less than a tenner.  The other stalls are people who think that there is still a market for CDs and DVDs – have they not heard of Netflix?  There is also the odd person selling plants – these always draw quite a crowd, and then of course all the others, who sell a random selection of what I can only describe as ‘stuff’.

I dropped off hubby at the train station for his weekend away and decided to go to the butchers (I know, rock and roll), on the way home I pass a car boot sale and for some bizarre reason, I decide to pull in.  I’m on the second row and I spot a guy who has lots of kitchen type objects laid out – my eyes were drawn to a huge stainless steel mixing bowl just like we had in Paris.  I wanted to buy one while I was over there, only I couldn’t quite figure out how to get this, along with my other 3 bags, onto the Eurostar with me. 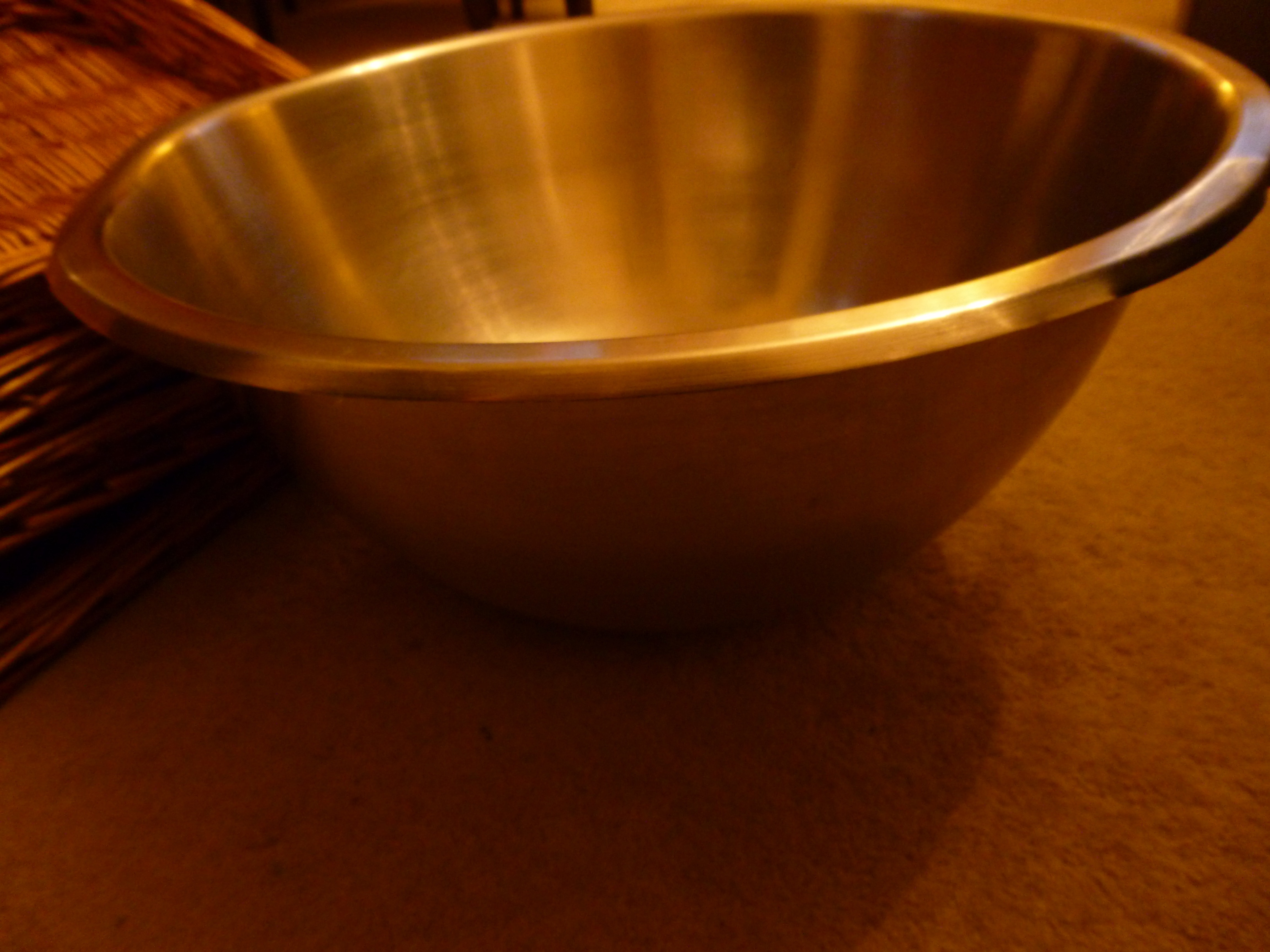 My heart was racing, I tried to look like I didn’t really care when I casually asked him how much he wanted, “£5” was his response.  It was then that I spotted the display baskets in which any viennoiserie would just look divine.  Same question, “£3” for the lot. To cut a long story short, we agreed on £6 for everything which I thought was a fair price, especially when the bowl alone would have cost me almost £40 brand new. 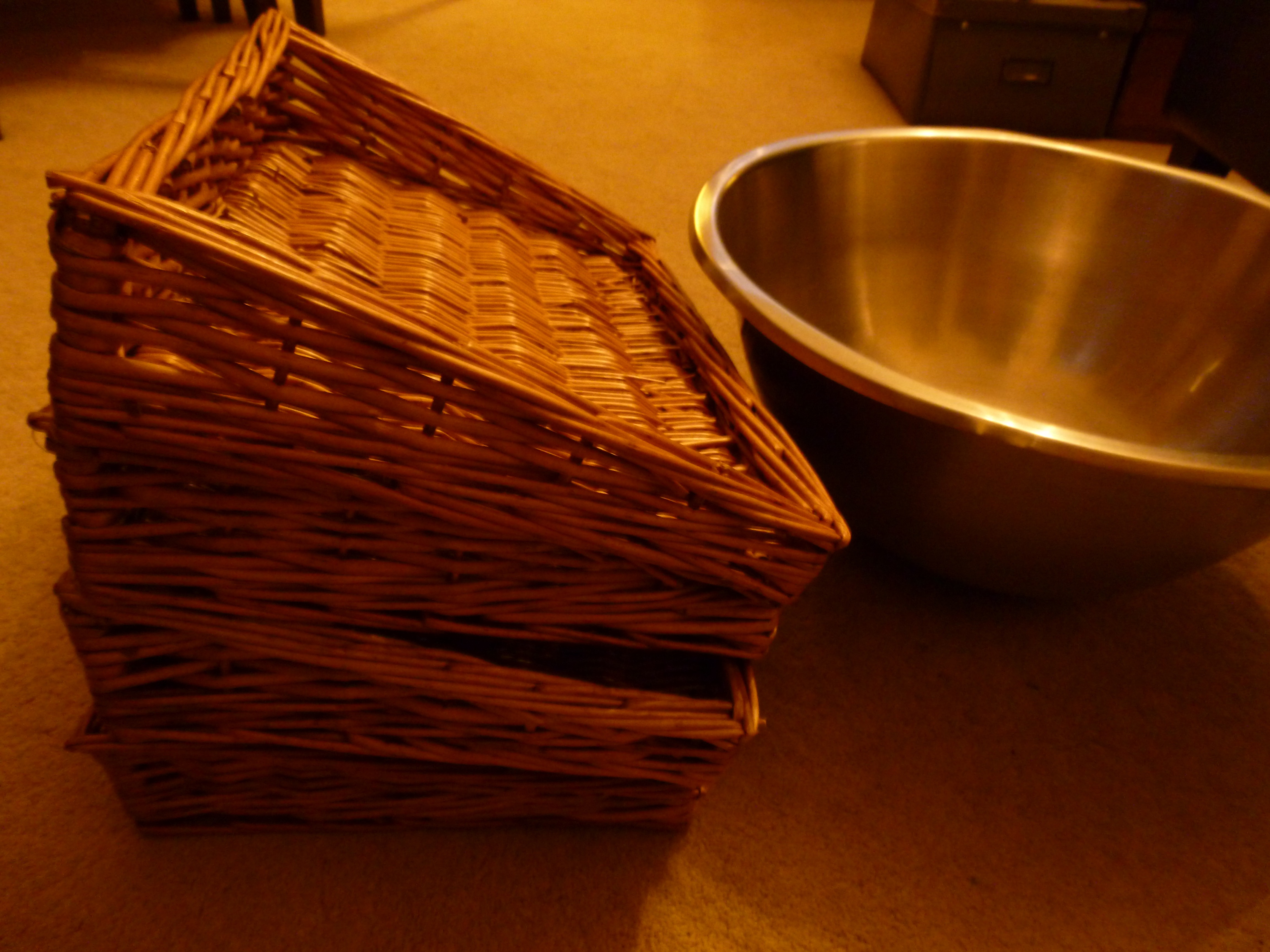 Baskets for my boulangerie

I came home and was so keen to use my bowl that I decided to whip up some tarts – orange and lemon meringue to be exact.  In our final days, my Paris chums and I had an interesting conversation about which recipe would be the first one that we would try at home.  I decided that it would be tarts as my experience of making them was not a good one; I did not really see eye-to-eye with the chef that took that practical class, so I decided that I needed to fall back in love with them.

I rustled up the orange ones first, and realised why the chefs were so particular about certain things.  Firstly, the filling should be domed before added the sugar – you will notice that I was running out so I decided not to do this but what I now know is that it is better to have 3 full tarts than 4 flat tarts – check out the middle row below: 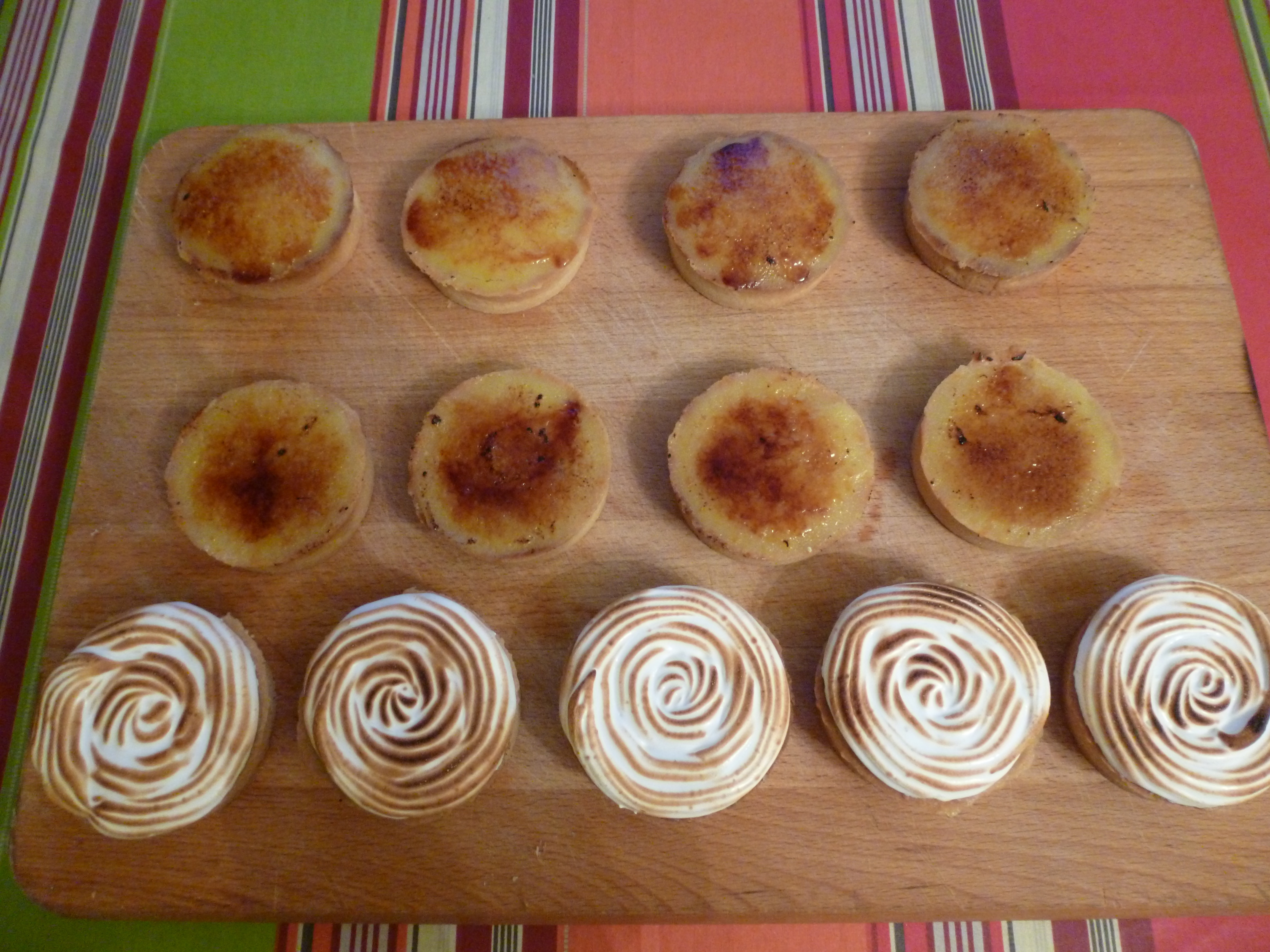 They were also particular about using granulated sugar – I only had caster, which burned and then got a bit runny.  I tried using brown sugar, but this was really not good as it didn’t really dissolve and burned really badly (not pictured) I gave this one to my husband who didn’t seem to mind. 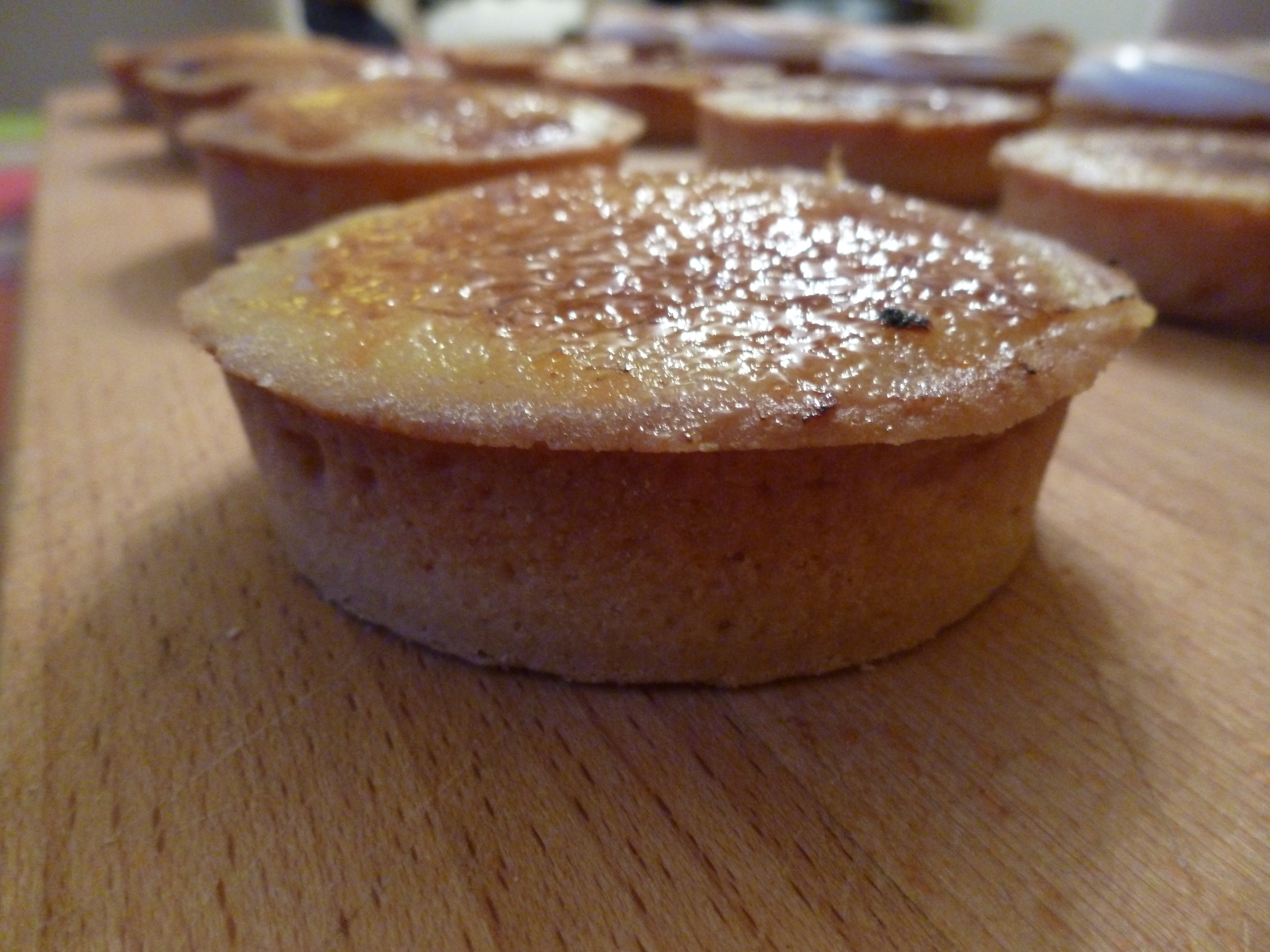 Orange tart (with a dome)

I then rustled up some lemon meringue tarts and made my first Italian meringue which didn’t peak as much as I would have liked.  I managed to save it with some lemon juice, enough to pipe and burn with my new blowtorch – I just hope these hold up until tomorrow as they are a little thank you to my team for looking after things whilst I was away.

Lemon meringue – need to tidy up the edges of my pastry